Dephender is an architecture analyzer for Java projects. It works on class files and present a graphical view of your architechture. The image below is an example of the Dephender UI (this is from the Dephender project it self). 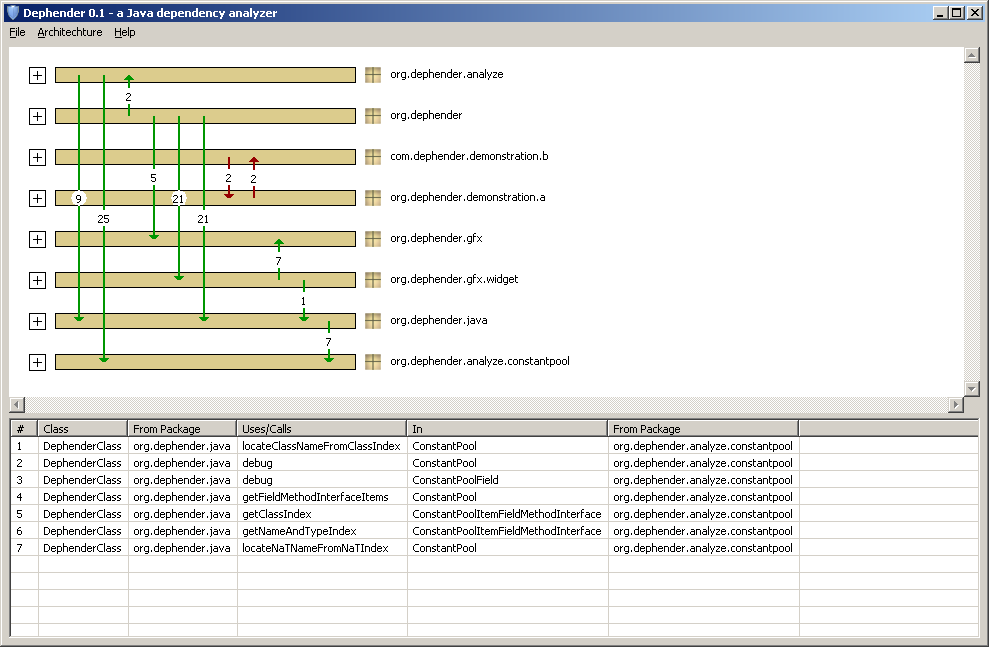 The top level view shows packages. Note that third party libraries (jar files) and language specific classes/interfaces are not part of the analysis (like java.lang.String for example). Dephender only looks at the classes that are in "your" project. 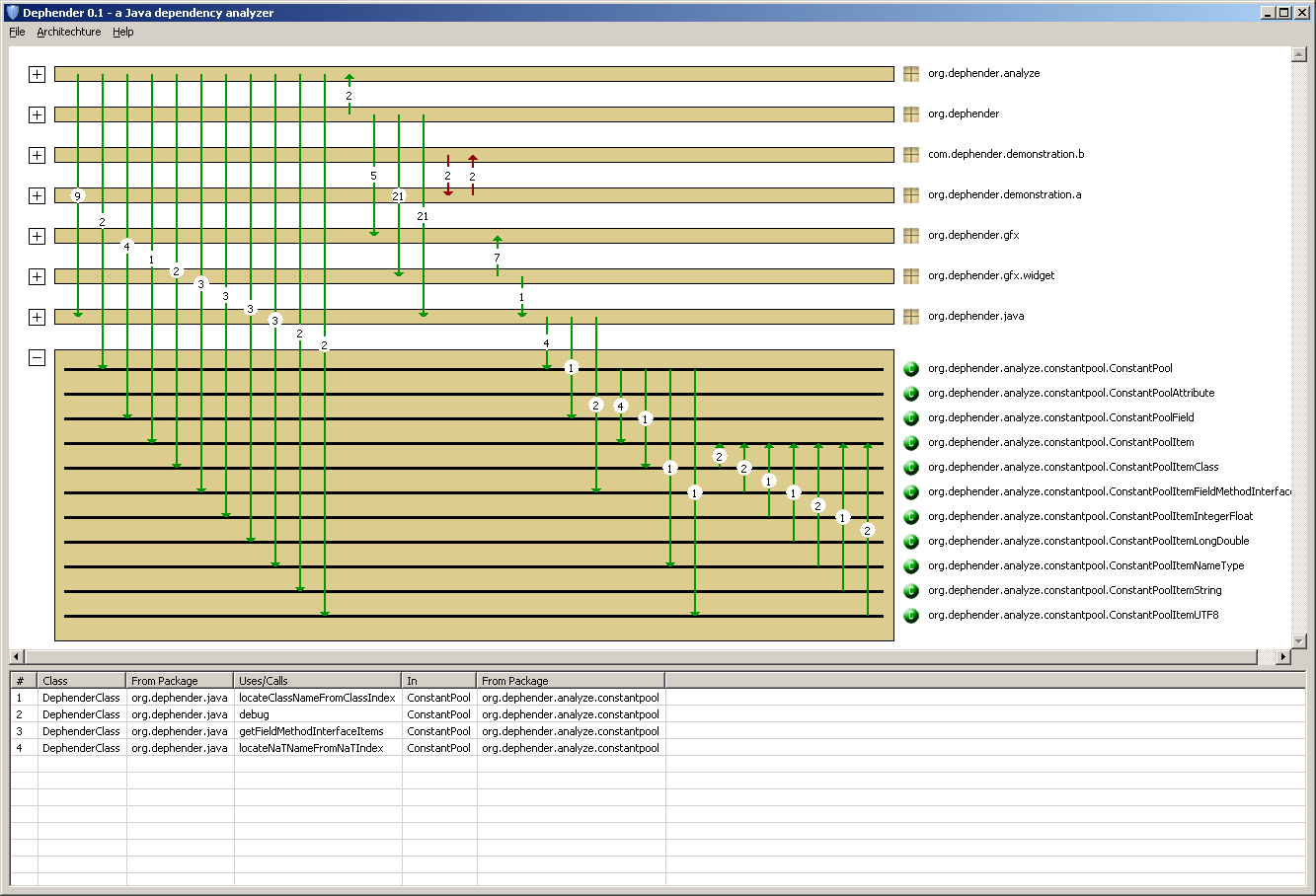 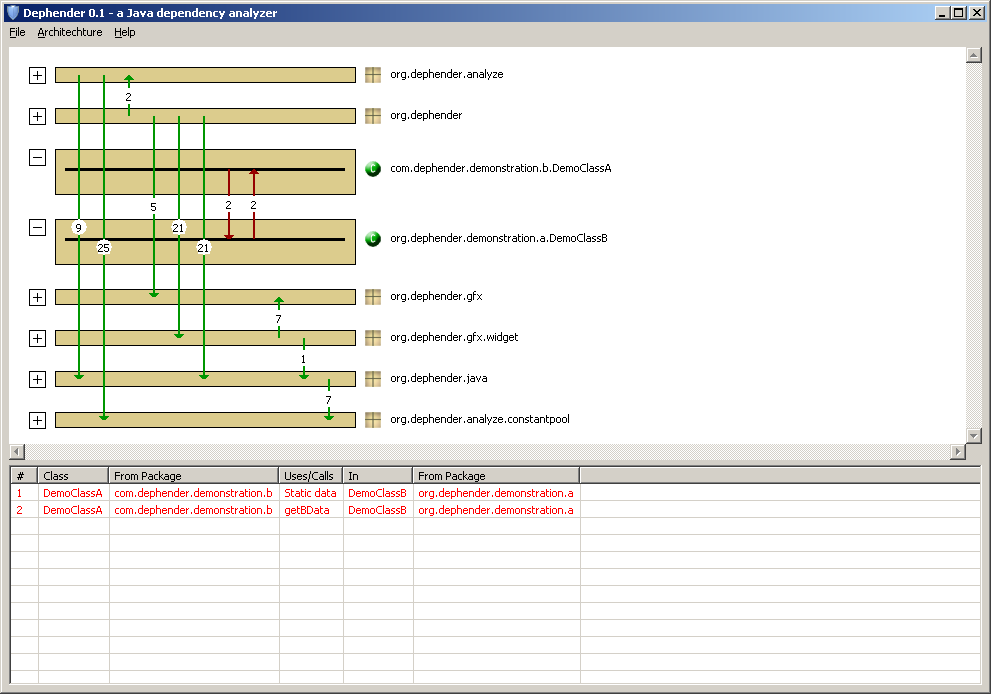 Dephender was written because Structure101 is to expensive and all the other analyzers I tried didn't work or didn't really show what I wanted to see. The tool is aimed to help you in getting a better layout/architechture for your project.

Dephender can be downloaded here as a jar file. This is a runnable jar file, so double clicking to start should work. Otherwise it can always be started from from the command line: ">java -jar Dephender.jar".